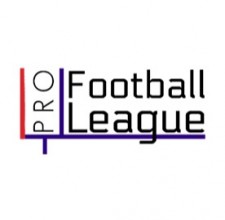 The PFL was established and quarterbacked through the passion and vision of California businessman Jerry C. Craig and his wife, Kris Craig. “We believe that football fans will be as excited as we are to have additional competitive football during the spring and summer months shortly after the professional season’s end,” said Jerry C. Craig. “Together with the influence of the league’s elite coaching staff, we hope to shape these young men and teach them valuable life skills both on and off the field. Our head coaches bring a great deal of football knowledge to the league and that knowledge and experience will be a foundation to the league’s ultimate success.”

We believe that football fans will be as excited as we are to have additional competitive football during the spring and summer months shortly after the professional season's end.

PFL’s elite football players will receive an opportunity to develop the physical and mental game skillset required to continue chasing their dreams of playing professional football. PFL teams will hold their inaugural draft in February 2018. Rosters will consist of players who have been recently released from professional team camps, and scouted players who are at least three years removed from high school.

“The need for a spring football league has been known by all of us associated with professional football as far back as the early 1970s,” said legendary NFL Champion Head Coach Dick Vermeil. “Many have tried to launch a truly successful spring league, but their strategies for momentum and for growth were inconsistent. After speaking in length with the founders of PFL, it is without a doubt in my mind that not only do they have the right business plan and personnel, but they also have the correct mindset to create and ‘sustain’ the first successful spring football league. The opportunity to help fulfill someone’s dream and assist in the quality of professional football in the springtime makes this announcement extremely exciting for anyone associated with professional football. PFL will focus on the fundamentals of the game; it’s those original foundational elements that made football our national pastime sport.”

The Professional Football League (PFL) was founded in October 2017 and is set to launch its inaugural season in spring 2018 joined by an elite group of highly talented head coaches. Eight U.S. cities have been awarded first-year franchise teams. PFL aspires to be a steadfast resource for those who are interested in advancing their physical and mental game skillset necessary to continue chasing their dream of playing professional football. PFL strategies beyond the game will focus on players’ educational development, the development of game officials, league staff, management, and front office executives all with the goal of employment within the sports industries and leagues. PFL’s corporate league office will be located in Newport Beach, California. PFL team tryouts, the PFL player draft, and pre-season training will be held in Dallas, Texas.